We at WARCA take integrity and security very seriously. Since unauthorized access to each member account can compromise his or her standing in WARCA ranks, and interfere with real time scoring, we picked the most secure access control system, based on WWPass technology.

Account access with usernames and passwords can be easily compromised. Even so called “second factors”, using one-time pseudo-random numbers, SMS or push notifications, can be bypassed. That’s why you cannot use these methods on WARCA web site and other resources, including real time contesting applications.

To get access, one needs to have either WWPass Key app (available free for Android and Apple mobile devices) or WWPass Token. Tokens are the most secure devices, and used primarily by administrators to manage the system, access to network backbone and do other critical things. For members, mobile app is sufficient to access their accounts.

WWPass Key App is a universal key, which can be used with multiple services, utilizing WWPass technology. Initially it is not linked (bound) to any account. So, when the first-time users log on to WARCA web site (or other WARCA resources), the system identifies it as new. If you don’t have WARCA account, it’s time to create one. If you already have WARCA account, which was associated with another WWPass Key (or token), then you would need to go through account recovery procedure, described below.

Only licensed amateur operators can have WARCA account. To create one, you should provide your personal permanent call sign. If you have multiple call signs, pick your favorite one. It will become your “nickname”. If necessary, you will be able to change it later.

Do not use a club call sign, even if you are a trustee or club manager. Club calls, along with temporary calls and even calls you were using in multi-op contests, can be added later.

WARCA needs to ensure that you really the legitimate user of the stated call sign. We use multiple ways to verify your call sign, and these methods can be changed at any time. Current methods are clearly indicated on the sign-up page.

If the call sign you stated as your primary is already associated with somebody else’s account, you can request a review. We will check, who actually has the right to use that call sign, and make sure, that the legitimate user will have that call sign associated with a particular account. If, for example, call sign was formerly assigned to another WARCA member, and that member got a new call sign, we will help to make correct association. If a former holder of the call sign does not have a new call sign (either quit the hobby or became a Silent Key), that person will get EX-{call sign} assignment, and actual call sign will be released.

If you lost your phone, you can recover your WWPass key as described at wwpass.com web site. In an unlikely event you completely lost access to your WWPass Key (you did not backup your key, forgot your PIN or lost access to your backup e-mail), we can help you to re-associate your WARCA account with another WWPass Key. However, since this recovery procedure can be used to steal access to legitimate account, recovery is a complex and lengthy procedure, it may require meeting with WARCA staff, mailing us some documents, and other actions. To avoid that, we would highly recommend to take good care of your WWPass Key App or Token.

On your account management page, you can associate multiple call signs with your account. There are few types of secondary call signs:

A. Tier One – “Grand Slam” (Worldwide participation, same rules for all participants, at least 3000 logs)

B. Tier Two (Worldwide participation, same rules for all participants, at least 1000 logs)

To be considered, Contest must exceed number of submitted logs at least twice within last 3 years (option – at least 3 times in the last 5 years)

If the call is “unclaimed”, then the points are allocated based on total number of operators, listed in the results; if a call is claimed by a registered member (station trustee), he/she can mark the team members, who supposed to get credit. In this case, those who marked will get according to the aforementioned rule where only marked are counted as ops, and those who are not marked, get no credit. For example, if XX1XX was competing in M/S category and listed 12 operators, but its trustee marked for that particular contest 5 operators, these 5 will get 54% points each, and the rest of the team will get 0. It’s station’s trustee sole discretion who to mark. WARCA does not make any decision on that matter.

All stations are (initially) created equal. All of them are on the surface of Earth, and WARCA points are independent of countries, continents, zones or other artificial parameters.

Exact formula for score calculation is in the separate document.

For Tier 3 and 4 contests, scores calculated for “special” participants and rest of the participants are calculated separately. For each group, scores count only if number of logs in that group exceed 25% of all logs. Also, scores of special event stations, giving irregular number of points (like HQ and executive council stations in IARU contest) are not eligible for WARCA points credit.

No more than 50 percent of credited contest entries can be of the same mode (CW, PHONE, DIGITAL). All sort of digital modes considered as one. Mixed mode contests (irrespective of the mode used by a participant) can be counted as either mode.

New ranking is calculated twice a month as of 00.00:00 UTC on the first and third Tuesday after first Monday of each month, and published on the following Wednesday day of each month.

An operator, who gained the minimal sum of WARCA rating places throughout the year (starting July 1st each year through June 30 next year) is pronounced “Contester of the year”, and is awarded with WARCA Trophy. Award ceremony takes place in Friedrichshafen at the International Amateur Radio Exposition.

Many contesters use multiple callsigns throughout their contesting life. We change our primary calls, moving around, going on contest expeditions, using special contest calls, etc…

WARCA uses official contest results from various contest sponsors. In most contests, these results haveinformation about operators of multi-op teams, and in case an operator used different call, thisinformation is also known. In this case WARCA assigns earned points to the known operator. In casecontest score record does not contain information about an operator, WARCA assumes that the callused in the contest is one of the calls assigned to an operator.

There are more than 40,000 calls in WARCA database, and this number grows with every contest. So we can not determine if the call used in the contest is really associated with a specific operator. So, from the very beginning, if, say, KZ9ZZ used his previous call KZ9ZZZ in some contests before, and also used call XX9ZZ in some contest expedition – scores may be split between three different “operators”.

To avoid this, WARCA allows each operator to claim multiple calls. When a contester first registers withWARCA, he/she provides their “primary” call. After the account is created and confirmed, each contester can register as many “secondary” calls as he/she wishes. The rule is simple – you can register only those calls, you have (or had) legal right to use for the claimed period of time.

Registering additional calls is easy – just go to “Callsign” menu entry on the left panel in your account.There you can add the secondary calls – your former calls, your special contest calls, etc.

When you register an additional call, WARCA will check if that call was scored separately from your primary call. If that’s the case, then the contest(s) where that call appeared will be marked, and every time the new WARCA scores are calculated, the whole contest will be reprocessed. This may significantly affect your WARCA score and ranking, thus change the ranking of others. WARCA will not recalculate older scores. Unfortunately, until most of the contesters take care of their multiple call use, WARCA scores may not be precise; but since adding multiple calls to the same account would only increaseWARCA score for that account, contesters who don’t keep their accounts up to date, would only penalize themselves.

We are asking to be very precise with the QTH locators associated with the calls. Since WARCA score calculations are based on comparison of scores within geographic areas, an incorrect QTH locator foreach contest operation may significantly affect calculations. In most cases WARCA robots can determineQTH locators with sufficient precision (based on records from various online databases, or country databases), but in case of the US operations, where US operators can use their home calls from anyplace in the lower 48 states without stating their location, results can be incorrect. It’s especially important with growing popularity of remote operations.

We kindly ask contesters to check their records, and enter correct QTH locators for each contest operation. In case an operator ignores this opportunity, we can manually adjust QTH locator for each operation, and we will do so, if we get sufficient evidence that the incorrect QTH locator significantly affects scores and ranking of other contesters. But since this manual database adjustments require serious attention of WARCA developers and administrators, who are rather spend their time developing new features, we strongly encourage contesters keep their accounts up to date. 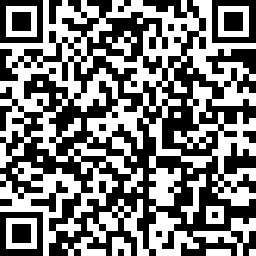